I’ve been doing a bit or reorganising of my images recently, trying to relocate them from pbase to a gallery actually on the blog, a happy byproduct of this is a lovely trip down memory lane for each gallery I move over. Tonights gallery was my South Red Sea trip in 2011. Check out the new gallery here and let me know what you think of it.

I’m honoured to bring you photos from some of the winners of the Wildlife Photographer of the Year at the Natural History Museum.

As long time readers of the blog will know I love this exhibition. I haven’t seen these in person yet but I cannot wait! Here is what the Natural History Museum press release had to say about it this year…

There are plenty of amazing underwater images. As always the exhibition does an amazing job to raise critical public awareness for creatures who cannot speak for themselves. I suspect I shall be in tears again as I go around the exhibition, do you think thats why they have it so dark with lightboxes so you can have a secret teary-eyed moment? Don’t be ashamed, go, see, cry, show support.

The ice monster
© Laurent Ballesta / Wildlife Photographer of the Year

The sperm whales pictured here had just emerged from milling around in a gigantic cluster, with many of the whales defecating to such an extent that the water was opaque with poop and the water slick with secretions. The lingering remnants are visible in the background. Tactile contact features prominently in sperm whale social gatherings. In part, this facilitates the slouging off of skin, as is clearly visible in the whales here. Photographed in the Indian Ocean, off the northeast corner of Sri Lanka. Sperm whales are listed as Vulnerable on the IUCN Red List.
Giant gathering
© Tony Wu / Wildlife Photographer of the Year

Leatherback Turtles nesting and hatching at Sandy Pint on St. Croix in the US Virgin Islands. Sandy Point is a US Fish & Wildlife reserve that has some level of protection for wildlife. But the waters off this beach remain largely unprotected. Several species of sea turtles frequent these waters and nest on these beaches. All species of sea turtles are endangered, with leatherbacks being among the most endangered.
Leatherback Turtle crawls back to the sea after nesting under moonlight at Sandy Point on the island of St. Croix in the US Virgin Islands, a location that has been designated as critical habitat for this endangered species. This photo was made at nearly 2am using a long exposure and light from the full moon. Leatherbacks are the oldest, deepest-diving and widest ranging of all sea turtle species. It is unknown exactly at what age these animals are sexually mature, but female leatherbacks return to beaches near where they hatched at perhaps age 30, to lay their eggs. Their eggs typically hatch approximately 60 days later, with often between 25-50 hatchlings emerging. They quickly crawl to the sea and begin a lifetime of perpetual swimming. Leatherbacks lives remain largely shrouded in mystery with little known about their behaviors while at sea. Researchers have been studying this population on St. Croix in hopes of learning more.
The ancient ritual
© Brian Skerry / Wildlife Photographer of the Year

This image features a very unusual (and fortunate) encounter between an aggregation of spider crabs (Leptomithrax gaimardii) and a predatory octopus (Octopus maorum). This is previously unknown site for spider crab aggregations and came as a complete surprise during the dive. When I saw the octopus in the distance, I couldn’t believe my luck. It was super excited and behaving akin to a child in a candy store trying to work out which crab it was going to catch and eat. The crab featured in the octopus’s tentacles was its final catch. This very rare and exciting encounter took place off Maria Island, Tasmania, Australia, Pacific Ocean, Southern Ocean.
Crab surprise
© Justin Gilligan / Wildlife Photographer of the Year

The incubator bird
© Gerry Pearce / Wildlife Photographer of the Year

The good life
© Daniel Nelson / Wildlife Photographer of the Year

HLUHLUWE UMFOLOZI GAME RESERVE, KWAZULU NATAL, SOUTH AFRICA, 17 MAY 2016: A Black Rhino Bull is seen dead, poached for its horns less than 24 hours earlier at Hluhluwe Umfolozi Game Reserve, South Africa. It is suspected that the killers came from a local community approximately 5 kilometers away, entering the park illegally, shooting the rhino at a water hole with a high-powered, silenced hunting rifle. An autopsy and postmortem carried out by members of the KZN Ezemvelo later revealed that the large calibre bullet went straight through this rhino, causing massive tissue damage. It was noted that he did not die immediately but ran a short distance, fell to his knees and a coup de grace shot was administered to the head from close range. Black Rhino are the most endangered rhino, HluHluwe Umfolozi is one of the last repositories for these animals, with less than 3000 left in the wild today. (Photo by Brent Stirton/Getty Images Reportage for National Geographic Magazine.)
© Brent Stirton / Wildlife Photographer of the Year

see this feature blogpost on the brutal reality of Rhino poaching 😦

The jellyfish jockey
© Anthony Berberian / Wildlife Photographer of the Year

The night raider
© Marcio Cabral / Wildlife Photographer of the Year

An image taken from Hamnøy village in Lofoten Islands, Norway, looking towards the slopes found east of Olstinden peak, right above Vorfjorden. It was a quiet morning, I was all by myself on the shores of the fjord, when clouds broke here and there allowing light to pass and illuminate the huge migmatite and gneiss walls. These mountains rise steeply from the sea, a couple of hundred meters of vertical drop in some places, yet the birch trees, whose bright yellows and oranges decorate the landscape, grow on their slopes, some clinging to existence in the most precipitous spots.
Tapestry of life
© Dorin Bofan / Wildlife Photographer of the Year

This adult male Chimpanzee lies on the forest floor with is hands clasped behind his head. He has a spent an hour trying to coax a female to join him from the canopy above, Alas to no avail, Now he lies and dreams of what could have been , Chibale, Uganda
Contemplation
© Peter Delaney / Wildlife Photographer of the Year

Stuck in: Driving through Lamar Valley area of Yellowstone National Park in Wyoming, USA, we saw a female Red Fox hunting along the road. We stopped and watched her for awhile as she walked quietly across the snow, listening for prey deep underneath. Finally, she stopped parallel to our car and tilted her head, staring at the ground a few feet in front of her nose. I grabbed my lens and placed it on the beanbag. Then I increased my ISO to 1000 hoping that I had enough shutter speed in case she jumped (moused). I knew that with the Canon 7dMII that I would get a lot of frames per second, so I placed her low in the frame down on the right and waited. She jumped! I captured the whole series, and once she landed, I recomposed and took a couple of shots of her buried deep in the snow. She stayed like this for about 10 seconds and then lifted herself out with a disappointed look on her face. She missed. 😦 This is fullframe.
(Post processing: minor exposure adjustment, selective desaturation of blues and selective saturation of orange because the light was so flat, midtones adjustment and minor sharpening of the fox)

Also check out this blog post from NHM of Justin Hofman’s image, Sewage surfer (a little seahorse on a qtip, not shown here)
http://www.nhm.ac.uk/discover/the-reality-of-a-sewage-surfer.html

Wildlife Photographer of the Year is developed and produced by the Natural History Museum, London

Apologies for being away from the blog for so long. I was trying to get all of my studying done which was consuming all of my time! Now that’s finished I’m returning to well-loved projects (such as this blog) and my recently rediscovered love of drawing. I’m hoping to also get back to my giant photo archive so I hope to unearth some shots you’ll love. For now here are some Mantas I drew as part of #Inktober (on instagram this month, one drawing per day if you want to follow along or join in I’m @scuba_suzy).

My yearly tradition is to review my photos from the previous year. Here is the link for previous years. So without further ado here are my top picks for this year (so far).

Top underwater photos in no particular order, I only went on one trip this year: 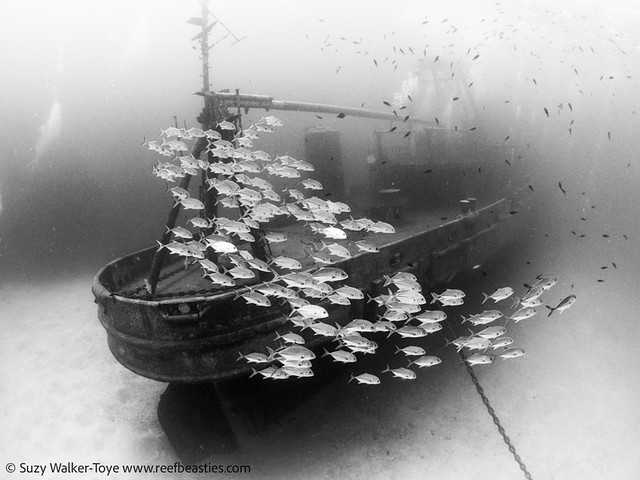 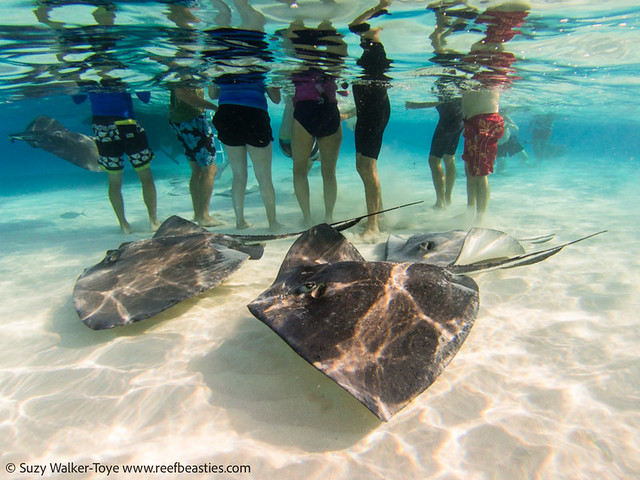 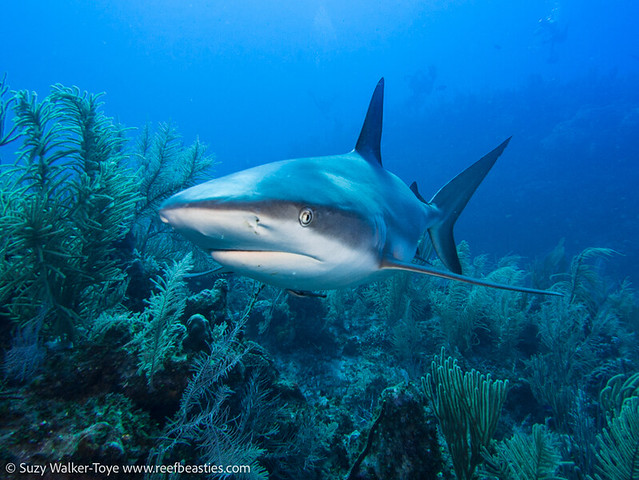 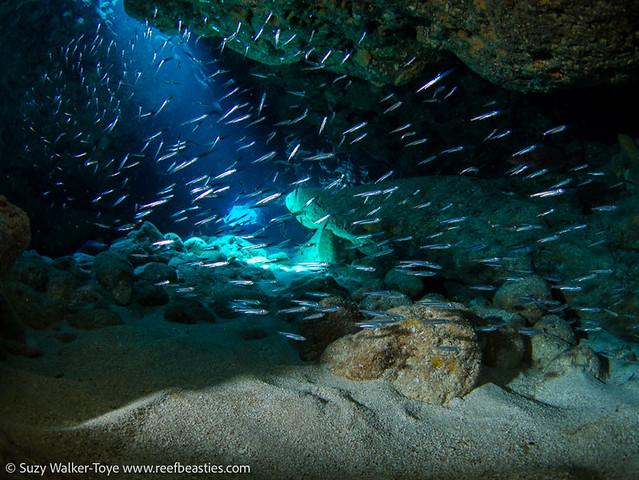 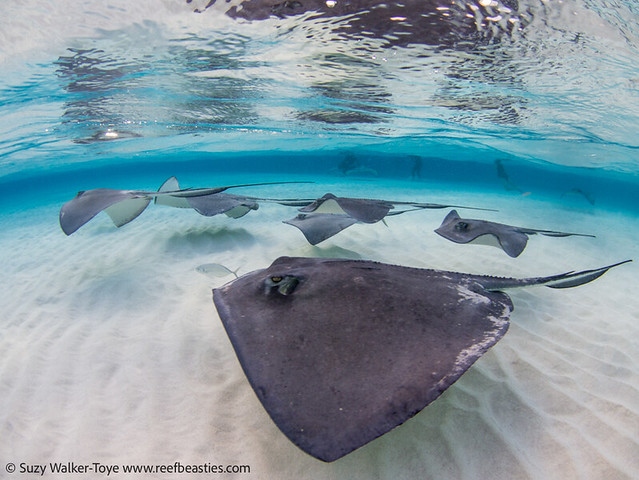 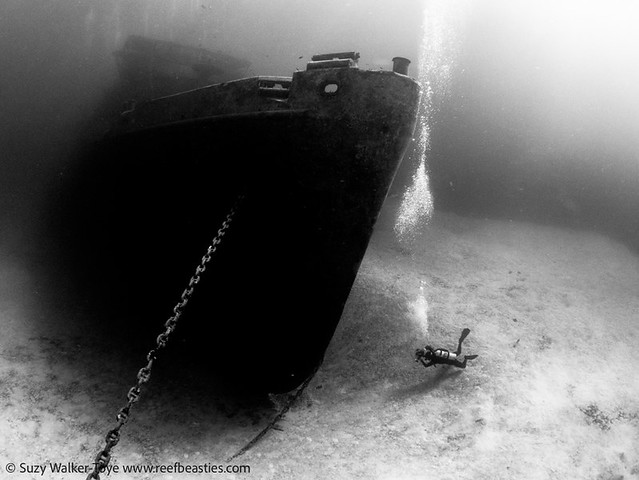 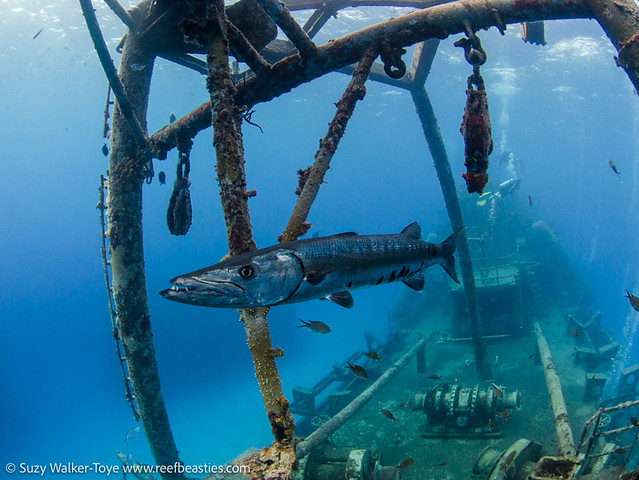 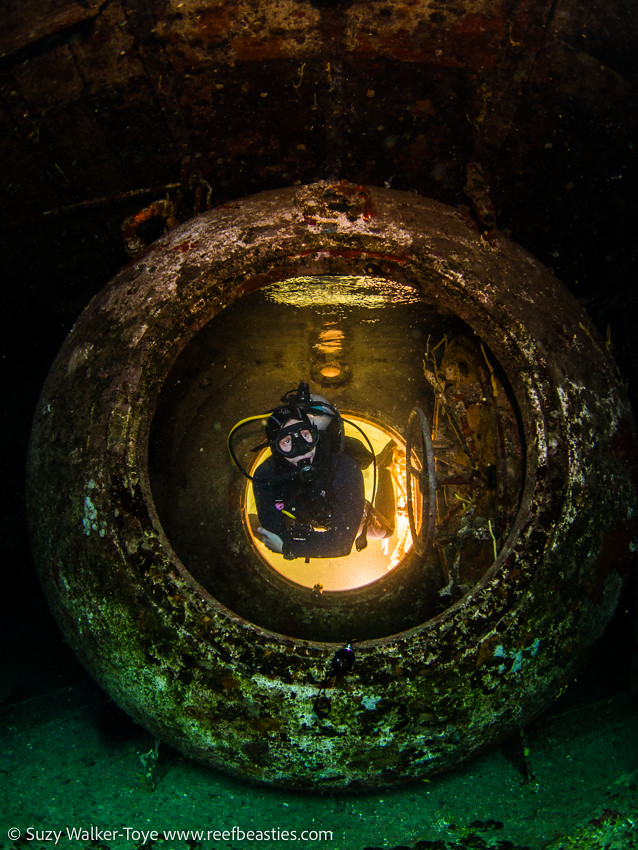 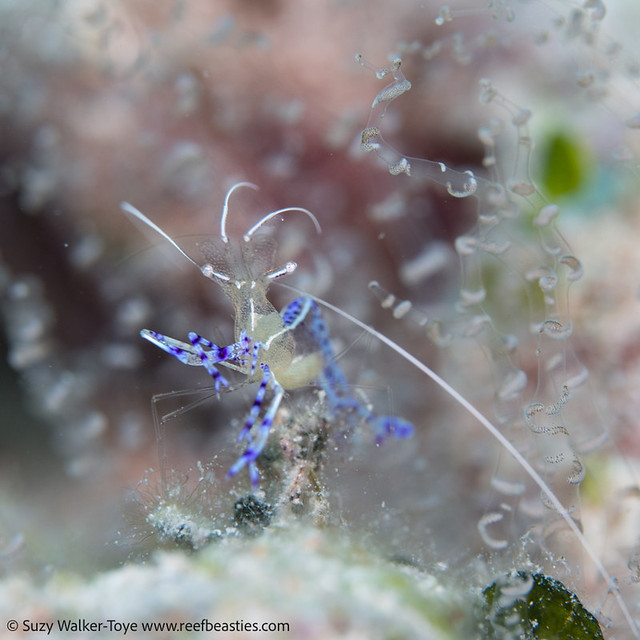 From my trip to a cathedral for my course. 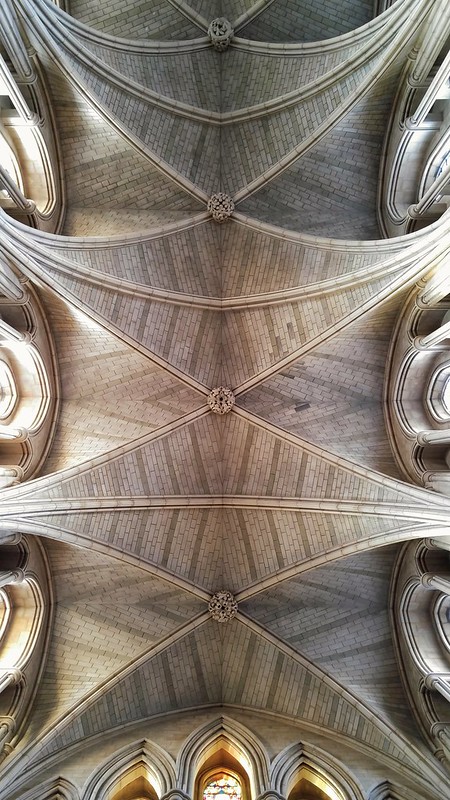 From my trip to Hylands House:

Hi All, It’s been a while! Phew, just back from my first diving trip in over two years (since having my lovely daughter). I actually got back last week but the little one has not been well so we’ve been busy and sleep deprived.

Here’s a taster but I’m putting together a gallery page here. I’m experimenting with putting my pictures directly on my blog rather than pbase this time.

This one sprang to mind for the theme. Coleman shrimp on a fire urchin.

See all the other photo Friday entries (and submit your own) for ‘Flame’ here.

This weeks theme is Mountainous so here is a belated post with a photo from our trip to Machu Picchu. One day it’d be nice to go back with a decent camera to do it justice 😉 I’m gutted I missed posting on the week when the theme was Ocean! Doh.

See all the other photo Friday entries (and submit your own) for ‘Mountainous’ here.

Its been a while since I’ve posted. With my strict schedule of family time, Work time, and homework time its tricky to find the extra spare minutes to check my emails let alone squeeze out a blogpost. This weeks theme is dusk, a nice easy old one to ease me back into things. I’ll try to post more often.

See all the other photo Friday entries (and submit your own) for ‘Dusk’ here.

This weeks theme is Alone. I don’t often take wistful photographs so this was a tricky theme. I liked these two though, one of Kat the Mermaid in the Red Sea and one of a lone archer fish in the Mangroves of Raja Ampat (where I was along for a bit too until I got spooked and went to find the others, didn’t want to be croc bait lol).

See all the other photo Friday entries (and submit your own) for ‘alone’ here.

Follow my blog with Bloglovin
Unless otherwise stated all images copyright Suzy Walker-Toye, Please do not use without permission.