Its reflection time again and my top ten best/favourite photos from 2011 were so much harder to pick than last year (I’m please to say). With no further ado here they are, in no particular order (click each for larger version on pbase):

Jazz Hands.  I was mucking about on a dull dive in Cayman with my buddy and I love this one. For me it all comes together, the silly pose that made me laugh so hard my mask filled up, the outrageous lighting on the sides of the hands making them look massive in the forced perspective. A nice lit up mask (sometimes the masks can cause nasty shadows). The fact that you can see his fin and the dark edge of the reef are nice touches to add depth. And of course what a handsome model 😉

Kittewake squid.  This little battalion of squid seem to live up in the shallows by the mast of the Kittiwake wreck in Grand Cayman. I wanted to capture the sense that they were guarding the ship. I have another shot of them splaying out under the sunrays but I think this one tells the story I wanted to capture a little better.

Inside the tug boat.  Tiny fish stream around inside a shipwrecked tug boat in the south Red Sea. I like the sense of movement in this one and the blue cast from the windows in the background setting the context.

Blenny in a hole.  Blog post here for more blennies. The blennies expression makes this one for me.

Ray close up.  I like this shot of a Cayman Stingray better than some of the other more graceful ones I took. Its unusual and I love the texture on him and his expression as he presses against my glass dome port. The rays here were expecting food and I was glad to capture the in-your-face nature of our encounter with them.

Manatee in the sunshine.  I loved the manatees so much this one had to be in my top ten.

Blue room.  I very much enjoyed our land-based trip this year to Namibia (despite no diving *gasp*). My favourite part was the abandoned mining village. It was the major reason for us going there and I’d have liked one more day wandering around. I prefer this view of the blue room over the more usual symmetrical view because I like the slightly off-kilter through-many-doors-and-windows feeling. With this view you see a way in (or out) of the room (and the frame) via the window and then your eyes are lead through the rooms and tantalised with a hint of a fourth room (one last edge of a doorway) which you don’t get to see if you are straight on and symmetrical.

Milkyway.  I loved Deadvlei (in Namibia). During the day it’s amazing and surreal orange and blue. Landscape straight out of a Dali painting. At night something the stars are brighter than I’ve ever seen in my life. My first foray into night photography and stars. I enjoyed playing around with the star trails shots (even though they didn’t come out right) but I still prefer the straight up majesty of the static star shots.

Dune sunset.  A special treat in Namibia was my first trip up in a microlight. I like this moody aerial shot of the last of the sunlight just catching the edge of a massive sand dune.

Giraffe Greeting.  Giraffe love as two giraffe greet each other nearby the waterhole where we were parked in Etosha. I’d never seen giraffes outside of a zoo before so this was a rare treat for me.

Honourable mentions: As with previous years choosing ten was very hard. Here are a few others that I’ve liked and a whole bunch more in my best 2011 gallery on pbase .

I was very lucky in 2011 to visit so many wonderful places that I have not even been able to go through all my photographs so I’ve choose these from the selection of photographs that were taken, processed & put on my pbase site in 2011. I hope you enjoyed this look back with me.

I’m very much looking forward to 2012, Happy New Year everyone!

This fourth major stop on our tour of Namibia came as a bit of a shock to Mike and I since clearly neither of us had read the documentation provided with the trip all that closely and we didn’t realise it would include any camping (eeek)! Far from any romantic notions of sleeping out under the stars with roaring campfires and suchlike my association with camping has always been being freezing cold (and sometimes wet & muddy), having disgusting food, massive bugs and unsanitary toilet facilities (if any), nowhere to wash properly and a massive hangover the next day as I’d tried in vain to make all these things less bad and to get a beer-coat to keep me warm through the night. Things this time were not quite so drastic (thank god)! I was introduced to the world of glamping. This is where the tents have actual furniture, beds, tables, electric lamps (no more fumbling around in bags with a torch to find your toothbrush) etc And the toilets were recently hired, proper toilets that were clean and bug free and had a sink where you can brush teeth etc. Also the food was yummy, and we had a dining room tent in which to stay out of the cold wind while we ate. Unfortunately even with all this nothing could be done about the temperature and when we weren’t almost roasting on the roaring campfire we were freezing to death all night. Needless to say Mike and I won’t be taking up glamping as a new alternative to a proper hotel room on our travels 😉

The upside to all this was that we were inside an amazing area of natural beauty. According to Wikipedia the granite at Spitzkoppe is more than 700 million years old and the highest outcrop rises about 1784 meters (5857 feet) above sea level. There are plenty of large rocky areas to scrabble up and admire the view from. There is a cool looking rock arch which we particularly liked.

In the evening some of us stayed out a little longer to photograph the stars & rocks before heading back to camp. Unfortunately the clouds rolled in – although in some ways I think they make an interesting effect. The moon was also very bright that evening so we experimented with light from the torch on the rocks and took some shots of that and some with only moonshine lighting them.

In the morning there was no point staying cold in bed so I got up and went up to the rock arch to watch to dawn spread through the landscape. I really enjoyed seeing the light hit a small piece of fog that drifted in for a short time too, it was all very peaceful.

To see more images like this go to my Namibia Gallery on pbase.

We went with a company called Squiver, run by Marsel van Oosten & Daniëlla Sibbing. The trip covers thousands of miles across Namibia so much of the time was spent travelling between amazing places, I’ll be splitting the trip report over 5 posts. This is post 4. The index page for this series is here. Up next is the amazing wildlife national park Etosha and some safari photos.

Follow my blog with Bloglovin
Unless otherwise stated all images copyright Suzy Walker-Toye, Please do not use without permission. 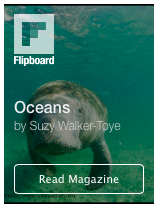 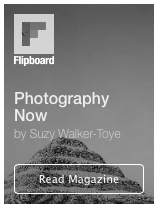 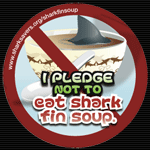